The report, available on SCEDC’s website, makes the following findings regarding Indiana’s
casino industry and competition:

Out of state competition 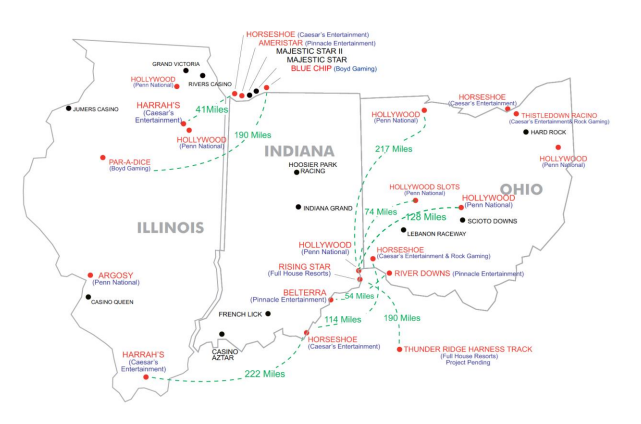